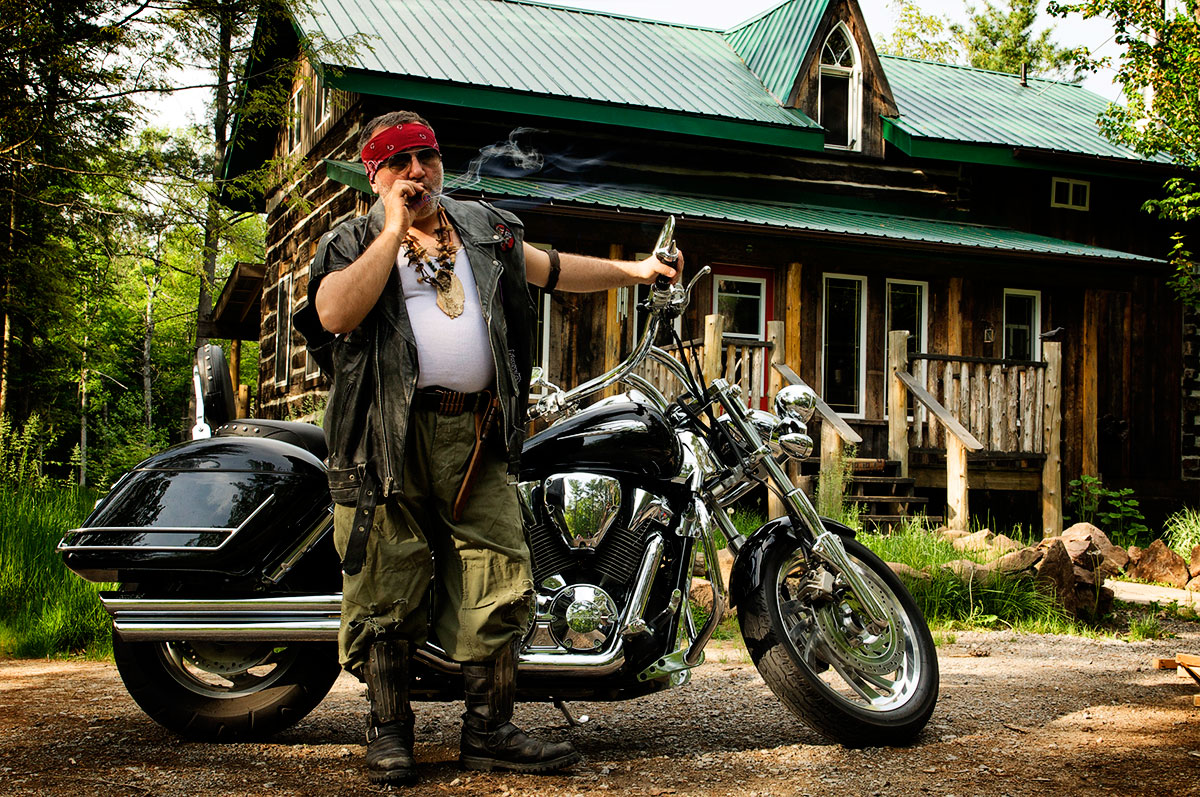 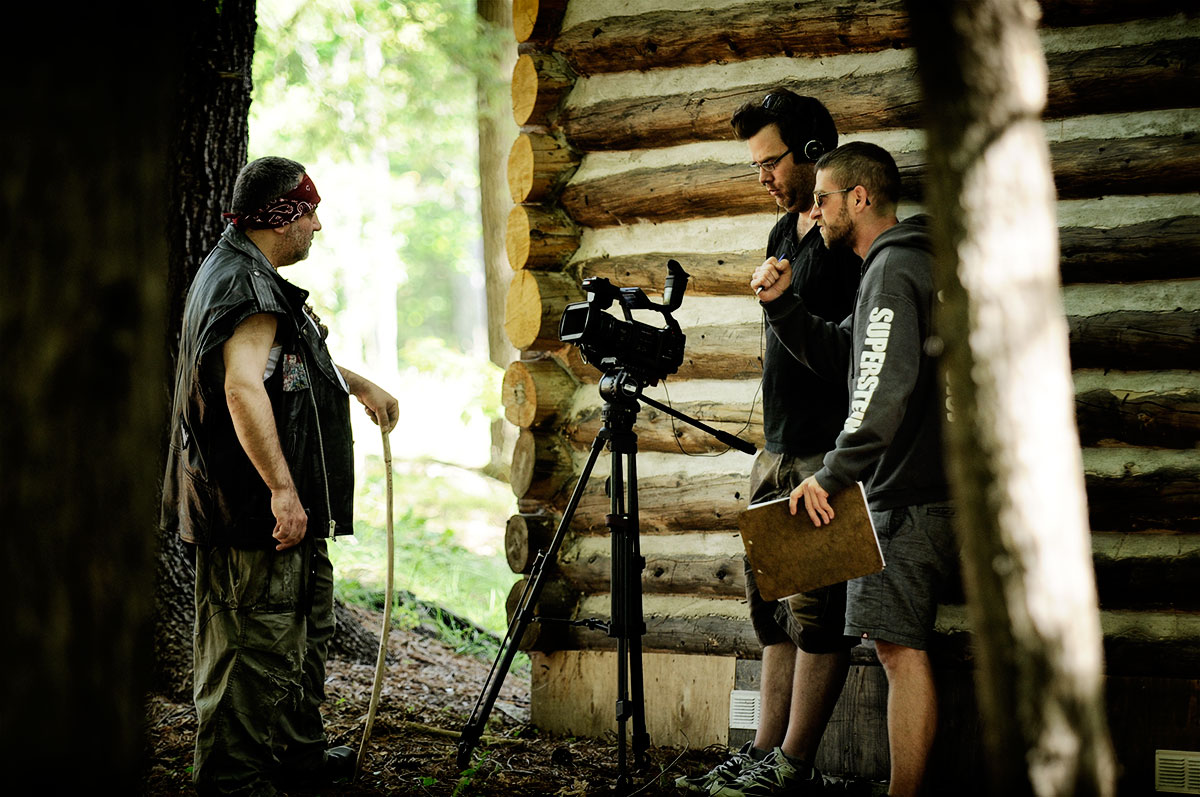 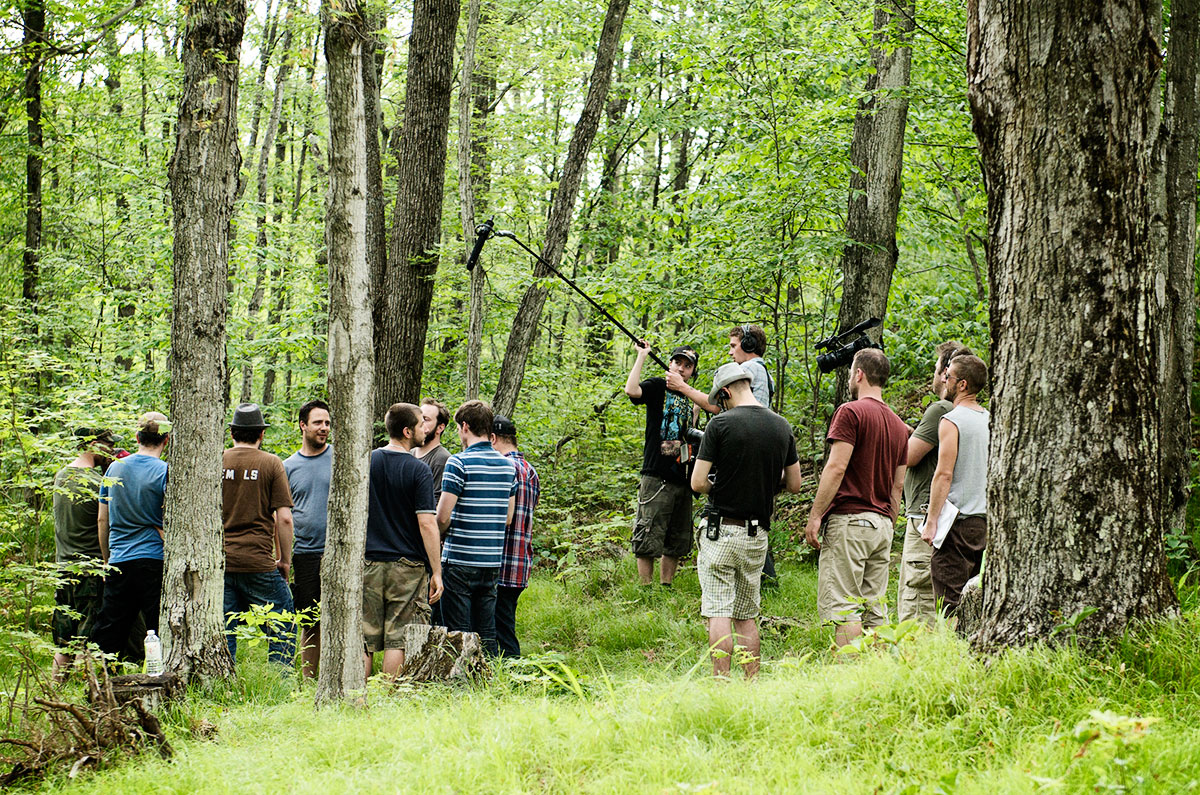 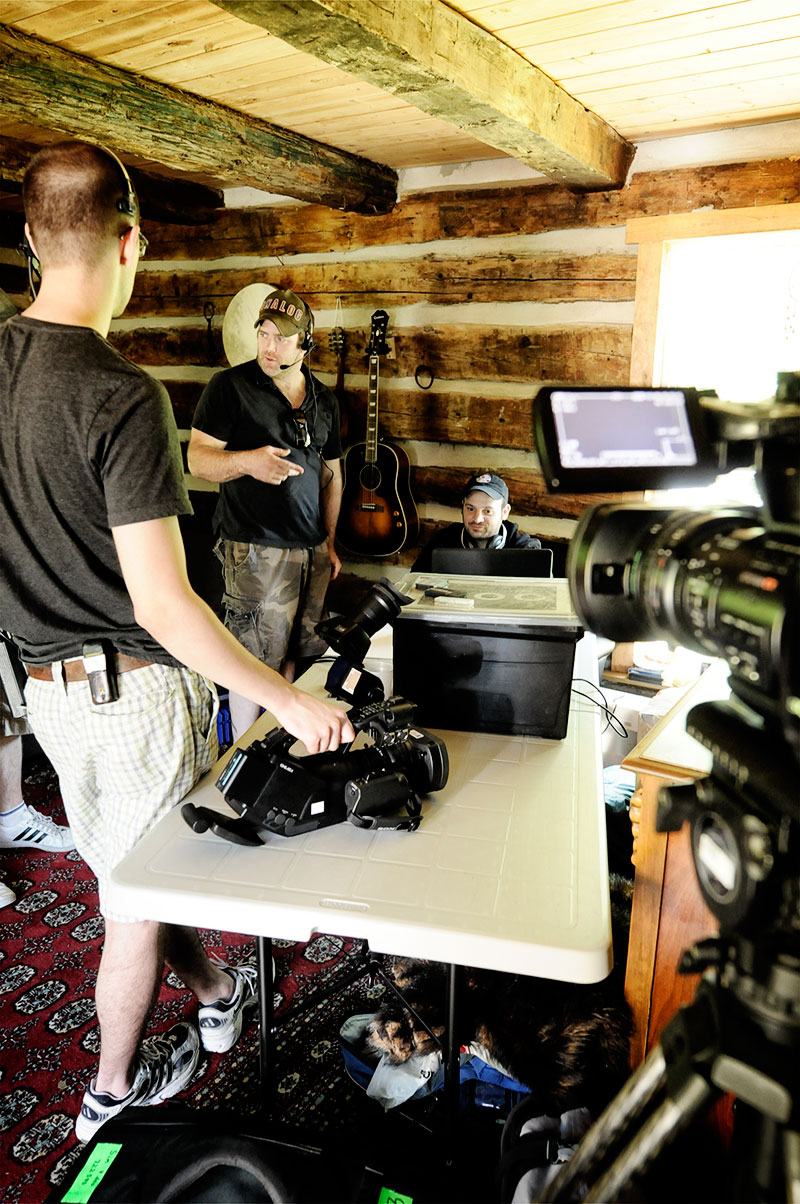 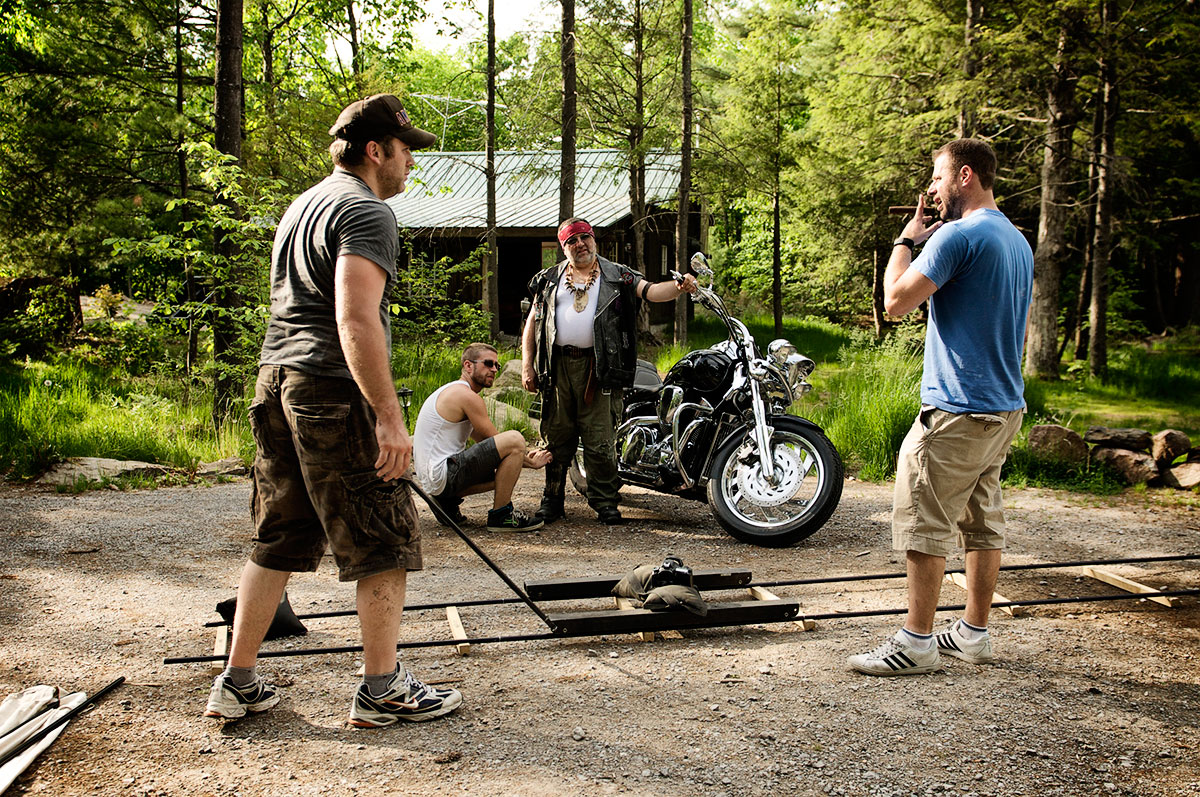 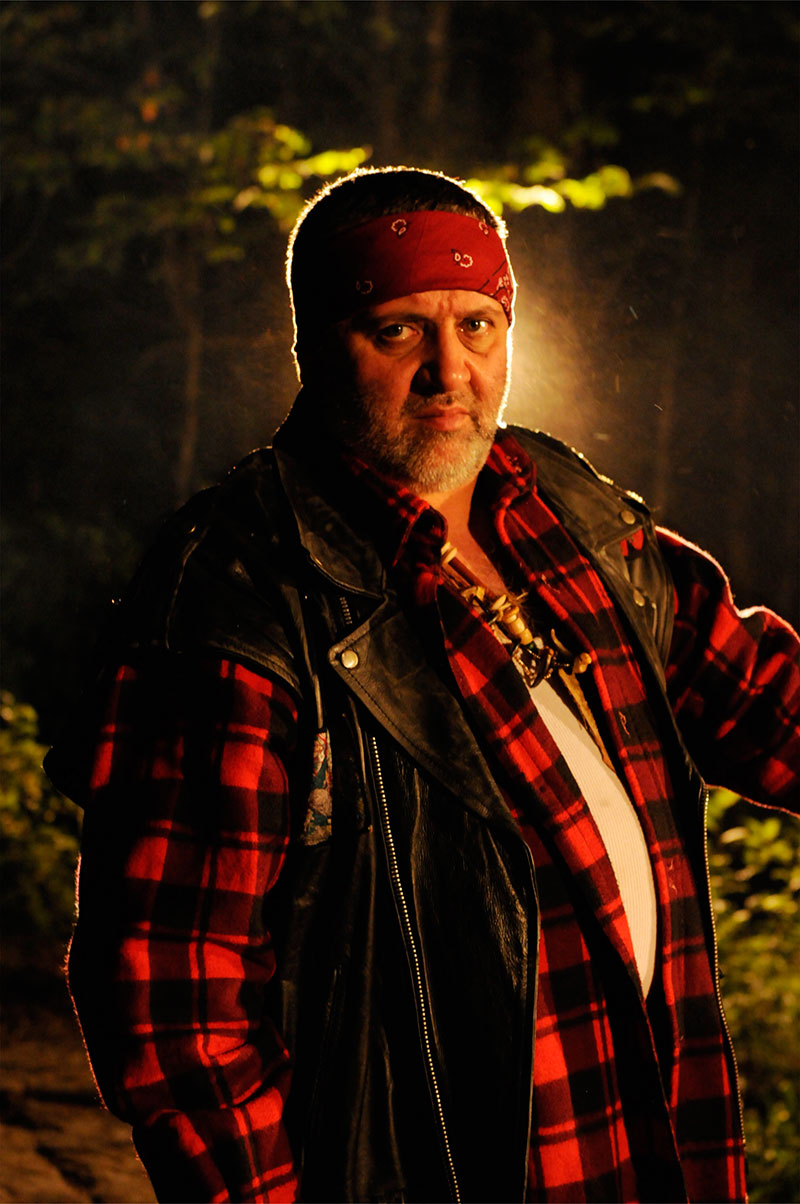 Maculathon, a web series created by the Levy Brothers was filmed at Ravenswood in May 2010. In all, we hosted 21 people; crew, actors and staff. We invited Josh and Roby Levy and their DOP, Jim Morrisson IV up to scout the property and, with great enthusiasm, they immediately said “yes” to the opportunity of using the 15 acres of maple and oak forest.

The crew was able to stay on-site throughout the late nights of filming. With human-made wolf calls, a sweaty Sasquatch chase, a manly confession circle around the fire, the series gathered eleven average men into the wilderness to compete in Masculathon. Odd competitions narrowed the field down to the final champion – the “Ultimate Man”.

The living embodiment of the most masculine man, known as “The Man”, was played by the great Paul Bellini from Kids in the Hall fame (Touch Paul Bellini). This hilarious comedy series went viral prompting over one million views on YouTube.